Try the Aden Tour minigame to collect the best rewards!

Items that will be removed at the end of the event:

Aden Tour Dice can be acquired in game through these means:

To access the Aden Tour minigame, click on the Dice button in the vertical UI bar and hit the Start button. Roll a dice and watch where it lands for consumables or reward boxes. 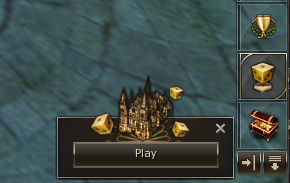 There are seven different types of Aden Tour spaces. These spaces have a special effect or rewards. 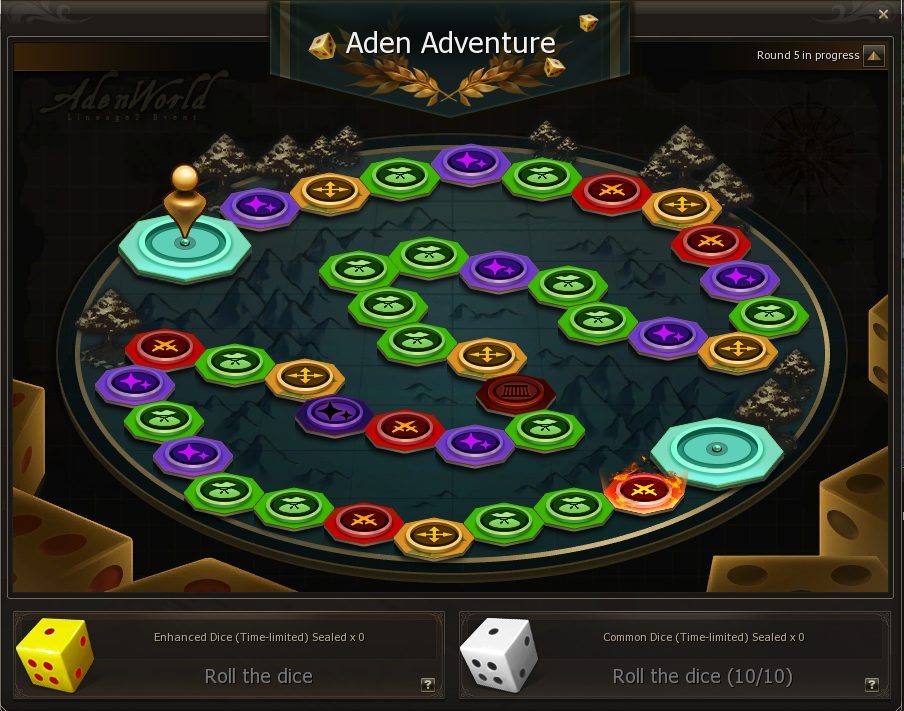 Landing on a green space will reward you with one of the following:

Opening an Aden's Big Treasure Chest (Time-limited) will randomly reward you with one item from the following:

Landing on a red space will reward you randomly with (1) Treasure Chest depending on the Red Boss space you land on:

Opening these Treasure Chests will randomly reward you with one item from the following lists.

Landing on a purple space will reward you with a character buff. As you land on additional buff spaces on the Aden Tour, the buff effect amplifies:

There are debuff spaces so if you land on those, your character buff will be removed!

Once you’ve completed the Aden Tour by landing on the 40th space, you can reset the board for 100,000 Adena. Resetting the board will allow you to go through the board again to collect its rewards.
You can have 70 Aden Tour's rounds per day.
Each time you complete the Aden Tour, you’ll get a bonus reward for its completion. The completion rewards only get better as you run through the minigame!

Enchanted Dice are even better dice than the Common Dice. Using a Enchanted Dice on Aden Tour will guarantee a roll of 5 or 6. You can get Enchanted Dice at the end of the game round or for L-Coins on store - 30 L-Coins per 1 pcs.

Opening an Aden Tour Completion Reward Package will reward you with the following: